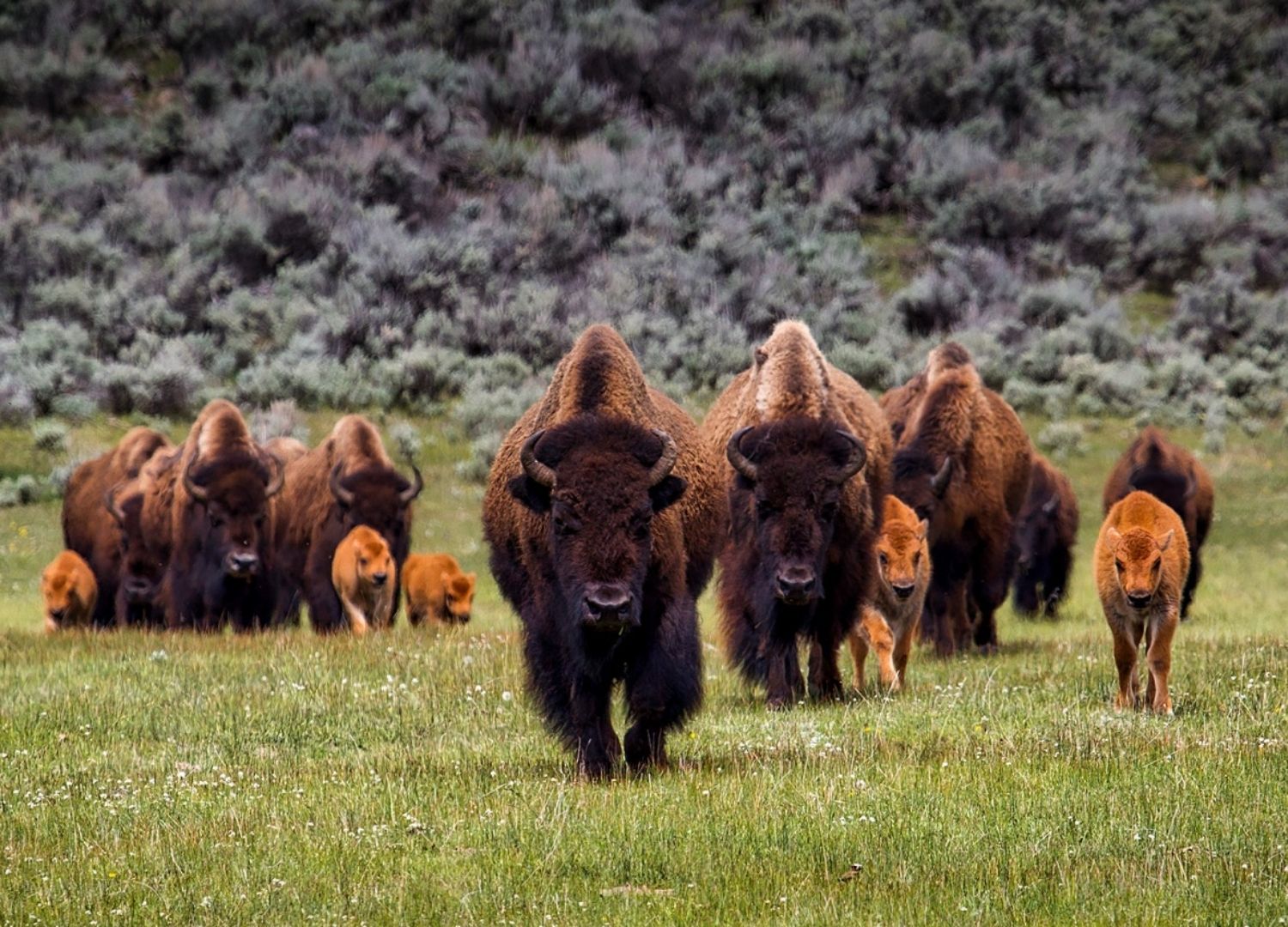 Henry Mountain Bison History
This herd had its roots in Yellowstone National Park. In 1941, the Carbon Emery Wildlife Federation and the Utah State Department of Fish and Game obtained 18 bison, including 3 bulls and 15 cows, in a cooperative effort from the National Park Service. The animals were released near Robber’s Roost Ranch north of the Dirty

Often when people call me, they are looking for reassurance that their summer scouting for bison on the Henry Mountains will help them be successful. I will get questions such as, “Do you think I need to hire a guide?” or “From what I’ve been seeing so far this summer, the bison hunt

American bison (Bison bison) live in river valleys, and on prairies and plains. Typical habitat is open or semi-open grasslands, as well as sagebrush, semi-arid lands and scrublands. Some lightly wooded areas are also known historically to have supported bison. Bison will also graze in hilly or mountainous areas where the slopes are not steep. Though not particularly known as high altitude animals, bison in the Henry Mountains herd are found throughout the Henry Mountains area, on public lands, including the desert lowlands and the mountainous regions to 10,000 feet (3,000 m) altitude. They are particularly prominent in the midlevel grassy areas.

The American bison (Bison bison) once numbered in the millions, perhaps between 25 million and 60 million by some estimates, and they were possibly the most numerous large land animal on earth. However, they were hunted to near extinction throughout North America by the late 1880s. The Henry Mountain bison herd was started with animals transplanted from the Yellowstone Park bison herd. It appears that the Yellowstone Park bison herd was the last free-ranging bison herd in the United States and the only location where they did not go locally extinct in the United States. Bison were introduced into the area in the mid-1940s. Recently, the bison herd has increased to more than 400 head, and is now competing with livestock for summer range forage. This has created the potential for conflict between cattle ranchers on one hand and sportsmen on the other who consider the Henry Mountains prime bison hunting country. Special licenses are issued annually to hunt the animals and help reduce the excess population. In 2009, 146 public once-in-a-lifetime Henry Mountain bison hunting permits were issued.[3] In recent years, each bison permit that has been issued by the State of Utah has had 100 applicants.[4]

Our mission is to provide fun and adventure to families, friends & groups of all ages!