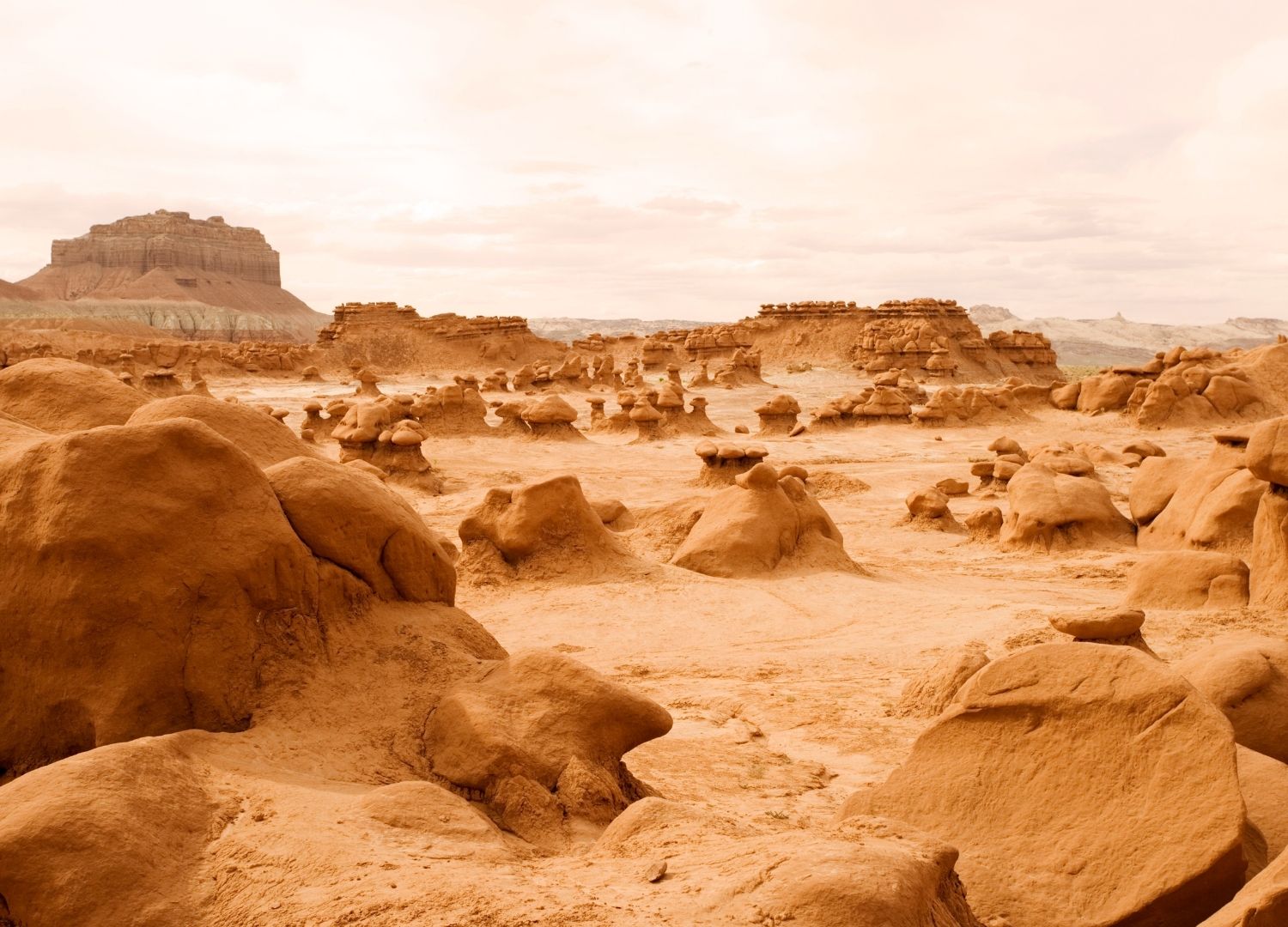 Goblin Valley State Park is a state park of Utah, in the United States. The park features thousands of hoodoos, referred to locally as goblins,[3] which are formations of mushroom-shaped rock pinnacles, some as tall as several yards (meters). The distinct shapes of these rocks result from an erosion-resistant layer of rock atop relatively softer sandstone. Goblin Valley State Park and Bryce Canyon National Park, also in Utah about 190 miles (310 km) to the southwest, contain some of the largest occurrences of hoodoos in the world.The park lies within the San Rafael Desert on the southeastern edge of the San Rafael Swell, north of the Henry Mountains. Utah State Route 24 passes about four miles (6.4 km) east of the park. Hanksville lies 12 miles (19 km) to the south.

Tax rental gear,and transportation are not included. A third angler may be added for $150. Valid Idaho fishing license ii required but not included

Most restaurants in Torrey close by 9pm, almost always after we return from our sunset adventure. You are free to bring your own food and drink, and we provide a tasty selection snacks for you to enjoy, but you may find it convenient (and delicious!) to order a prepared picnic dinner.Group size: 2 – 12

Average daytime highs in the summer average between 90 and 105 °F (32 and 41 °C), though the low humidity, high elevation, and sparse vegetation allow evenings to cool off rapidly to about 50 °F (10 °C). Also, the intermittent summer monsoon arriving from the south can bring intense and localized thunderstorms. The rugged terrain and intense rainfall can lead to devastating flash floods, while the low humidity combined with gusty winds and frequent lightning can spark wildfires. Winters have colder temperatures and occasional snow, with temperatures above freezing most days, but often dropping as low as 10 °F (−12 °C) at night.

There is a very good surface dirt road that leaves highway 24 and runs just to the east of Factory Butte, and then you turn right for about 1 mile and go to the rim. The Henry Mountains are visible in the distance and the terrain looks just like what you might find on the moon.

Utah is home to so many incredible places – just because it’s not part of an official National Park, doesn’t make the scenery any less spectacular. The Bentonite Hills and Factory Butte areas are growing in popularity thanks to photographers, Youtube, and social media, and our Velvet Ridge tour showcases stunning terrain few know about due to rough 4×4 trails.

Our mission is to provide fun and adventure to families, friends & groups of all ages!